Daisy Georgia Goodwin was born on December 19, 1961. She is a British television producer, novelist and poet. After attending Westminster School and Queen's College, London Goodwin studied history at Trinity College, Cambridge and attended Columbia Film School before joining the BBC as a trainee arts producer in 1985. In 1998, she moved to Talkback Productions, and in 2005, founded Silver River Productions. Her first novel, My Last Duchess, was published in the UK in August 2010 and, under the title The American Heiress, in the U.S. and Canada in June 2011. She has also published eight poetry anthologies and a memoir entitled Silver River, and was chairman of the judging panel for the 2010 Orange Prize for women's fiction. In 2014 her title, The Fortune Hunter made The New York Times Best Seller List. Her titles include The Fortune Hunter, My Last Duchess, Bringing Up Baby: The New Mother's Companion and Poems to Last a Lifetime. Television shows that she has worked on include How Clean is Your House, House Doctor, Grand Designs, Your Money or Your Life and Property Ladder. 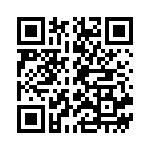