David Seed is Professor in the School of English at Liverpool University. He has published books on Joseph Heller, Thomas Pynchon, science fiction and the Cold War, and cultural representations of brainwashing. He edits the Science Fiction series of Liverpool University Press and serves as a consulting editor for the journal Science Fiction Studies. 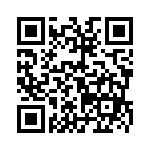