I knew I had read this before but apparently I only entered the title; no review. I just reread it before giving it to a new mother - almost didn't give it because it seemed too negative and ... Läs hela recensionen

This memoir by Cusk was listed by the New York Times as one of the 50 best memoirs of the last 50 years. I am reading through the list. Cusk has a sharp eye and a brutal frankness about her own ... Läs hela recensionen

Rachel Cusk was born on Feb 8, 1967 in Canada. She spent much of her childhood in Los Angeles and finished her education at St Mary's Convent, Cambridge. her education at St Mary's Convent, Cambridge. In 2003, Rachel Cusk was nominated by Granta magazine as one of 20 'Best of Young British Novelists'. That year she published The Lucky Ones (2003), her fourth novel, which was shortlisted for the Whitbread Novel Award. Since then she has published four more novels; her latest is Outline (2014). She has also written several non-fiction books. A Life's Work: On Becoming a Mother (2001) is a personal exploration of motherhood. The Last Supper: A Summer in Italy (2009) is a memoir about time in southern Italy. In 2015 she made the Baileys Women's Prize for Fiction shortlist with her title Outline. 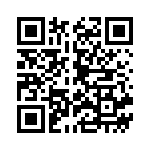