After Birth is a bit of a strange book. It's about Ari a year after she has given birth, but it also reflects on her pregnancy and her past friendships with women. She's not a likable character at all ... Läs hela recensionen

After Birth by Elisa Albert A new mother is trying to find a balance, the new child and family. Story of a woman who's not found her zen after giving birth. Lives in a college town and works at the co ... Läs hela recensionen 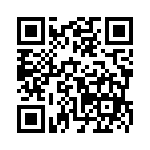