Review: Cybernetics: or the Control and Communication in the Animal and the Machine

I stumbled through this book the best I could as a non-mathematician, because a friend suggested I read it. There was also a movement afoot in the psychology world at the time called "Psycho ... Läs hela recensionen

Review: Cybernetics: or the Control and Communication in the Animal and the Machine

American mathematical logician Norbert Wiener was born in Cambridge, Massachusetts. An intellectually gifted child whose father taught at Harvard University, he graduated from Tufts University at the age of 14 and received his M.A. and his Ph.D. in mathematical logic from Harvard in 1914. The following year he studied at Cambridge University under Bertrand Russell (see also Vol. 4) and Godfrey Hardy and at Gottingen University, Europe's leading centers in mathematical and physical science. During World War I, Wiener taught at the University of Maine, worked as a writer and reporter, and served as a mathematician in Aberdeen, Maryland. In 1919 Wiener joined the faculty of Massachusetts Institute of Technology (MIT), where he remained for the rest of his long, notable career. While at MIT, he was influenced by the research on statistical mechanics of chemist Josiah Willard Gibbs. Adapting Gibbs's findings, he produced major research contributions on the problem of Brownian motion. He also used Tauberian theorems in his work on harmonic analysis and produced simple proofs of the prime-number theorem. Wiener also began to study electrical circuits, especially the field of feedback control. During World War II, Wiener went to work for the U.S. government on the construction of predictors and in research on guided missiles. Despite his wartime contributions, he resolutely opposed the use of weapons of mass destruction. However, a major outgrowth of his wartime research was his renewed study of the handling of information by complex machines like automatic computers, radar devices, and servomechanisms. His earlier research in feedback control in circuit instrumentation now prompted Wiener to postulate the similarity between the operation of these mechanisms and that of the human brain and nervous system. His work here led to a new field of science that he called cybernetics, which he defined as the study of control and communication in man and in the machine. His book Cybernetics (1948) was widely read by both scientists and the general public. The book popularized the study of the relationships between the creations of the new age of technology and their creators. 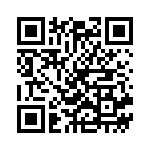