An absolutely essential book in the philosophy and sociology of science. Originally published in 1935, this truly remarkable book seems to anticipate major arguments and concepts from some of the most ... Lðs hela recensionen

Sida 191 - HOMES WITHOUT HANDS; a Description of the Habitations of Animals, classed according to their Principle of Construction.
Visas i 851 b—cker frÍn 1841-2008

Thomas S. Kuhn's work is best described as a normative historiography of science. He was educated at Harvard University, where in 1949 he completed a doctorate in physics. As a student, he was impressed by the differences between scientific method, as conventionally taught, and the way science actually works. Before moving to the Massachusetts Institute of Technology in 1979, he taught at Harvard University, the University of California at Berkeley, and Princeton University. Kuhn's most celebrated contribution to the philosophy of science is his controversial idea of paradigms and paradigm shifts. A paradigm is understood as a widely shared theoretical framework within which scientific research is conducted. According to Kuhn, science normally develops more or less smoothly within such a paradigm until an accumulation of difficulties reduces its effectiveness. The paradigm finally breaks down in a crisis, which is followed by the formation of a radically new paradigm in a so-called scientific revolution. The new paradigm is accepted, even though it might neither resolve all of the accumulated difficulties nor explain the data better than the older paradigm that it replaces. We find examples of paradigm shifts in the work of Copernicus, Galileo, Isaac Newton, Charles Darwin, and others. Since its original publication in 1962, The Structure of Scientific Revolutions undoubtedly has been the single most influential book in the philosophy of science. 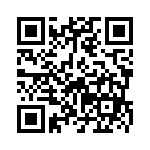