Dr. Hedrick's research focuses on a number of topics related to the conservation of endangered species and the genetic basis of evolutionary processes. For example, he currently has projects on microsatellite variation, fitness, inbreeding depression, and outbreeding depression in the endangered Gila topminnow and on inbreeding depression in the Mexican wolf. Another major area of research is variation in the major histocompatibility complex (MHC), the most variable group of genes in many organisms ones related to disease resistance. MHC variation is being examined in the Gila topminnow, desert bighorn sheep, Arabian oryx, Przewalski's horse, winter-run chinook salmon and its relationship to disease resistance studied in winter-run chinook salmon and bighorn sheep. In addition, he carries out theoretical research on the maintenance of genetic variation in variable environments, genetic variation in metapopulations, and purging inbreeding depression. 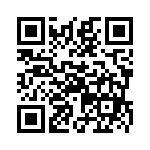