An acclaimed tattler of folktales, D.S. SULLY writes of recollections and revelations. Based on his rural Wisconsin upbringing and well-seasoned wayfaring, Sully’s stories reflect the misadventures of everyday life. As a veteran of lifelong adversity, his sage renditions resonate with humor, humility, and calamity. 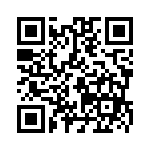