Dense and full of details. Excellent book to chew on a bit at a time. Attacks much of the purported common sense of nutrition. Points out where science has been either ignored or over generalized without considering alternative explanations. Citiți recenzia completă

This is probably one of the most important books to read regarding what we eat. It presents some incredibly compelling and convincing evidence for why the "conventional wisdom" on diet is flat out ... Citiți recenzia completă

Gary Taubes is a contributing correspondent for Science magazine and a contributing editor at Technology Review. He has written about science, medicine, and health for Science, Discover, The Atlantic Monthly, The New York Times Magazine, Esquire, Fortune, Forbes, and GQ. His articles have appeared in The Best American Science Writing three times. He has won three Science-in-Society Journalism Awards given by the National Association of Science Writers--the only print journalist so recognized--as well as awards from the American Institute of Physics and the American Physical Society. His book Bad Science: The Short Life and Weird Times of Cold Fusion was a finalist for the Los Angeles Times Book Award. He was educated at
Harvard, Stanford, and Columbia. 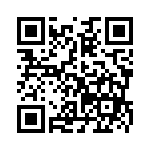