Asghar Aghamohammadi was a Professor in Pediatrics and Clinical Immunology, at the Tehran University of Medical Sciences (TUMS) in Iran. He directed the Research Center for Immunodeficiencies (RCID), the pre-eminent centre in Iran for primary immunodeficiency. He completed a fellowship in Great Ormond Street Hospital, UK and earned a PhD from the University of Toyama, Japan. His work focused on primary immunodeficiency, including primary antibody deficiency disorders, molecular diagnosis, and patient treatment and management. His work has been widely published and referred to in his field.

Hassan Abolhassani is a leading member of the Junior Faculty at the Karolinska Institute (KI) and a team leader at Division of Clinical Immunology in the Department of Laboratory Medicine, KI in Sweden. He received his MD and his first PhD in Immunogenetics from TUMS and his second PhD in Clinical Immunology from the KI. His work focuses on the gene discovery and pathogenesis of primary antibody deficiency and the immune pathways involved, to help physicians and immunologists understand immune-related genes with unknown functions. He has received numerous academic awards and is widely published in the field.

Nima Rezaei is professor of immunology at Tehran University of Medical Sciences. He is a well-known scientists and researcher with over 1000 academic publications including papers and books. He is an expert researcher who has trained many students over the past decade.

Reza Yazdani is Assistant Professor at the RCID, TUMS, in Iran. He is an academic member of the RCID, the pre-eminent centre in Iran for primary immunodeficiency. He holds a PhD in medical immunology focusing on basic immunologic methodologies and immunologic phenotyping of patients with primary antibody deficiency. He has received numerous awards and honors and published over 100 papers in the field. 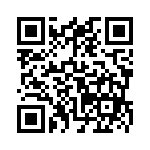