Philip Line completed his Ph.D. on Medieval Swedish Kingship at the University of Leeds in 2003, having previously studied Scandinavian languages in London. He also has a BA in Ancient History (1977). His main interests are in medieval rulership and warfare, in which he is continuing his researches while working as a freelance translator. He now lives in Finland. 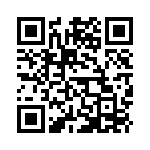