Review: Lord of the Flies

A dark book displaying man's inherent evil. My favourite part? The ending - last page - the moment they've let go of all inhibitions and are then "saved", but are they really? Läs hela recensionen

Review: Lord of the Flies

Written in 1954, This book could not be more real in this period of time. I remember watching Flight 29 as a kid and this has the same premise, Humans instinct for survival and thirst for power is ... Läs hela recensionen

William Golding was born in Cornwall, England, in 1911 and educated at Oxford University. His first book, Poems, was published in 1935. Following a stint in the Royal Navy during World War II, Golding wrote Lord of the Flies while teaching school. It was the first of several works, including the novels Pincher Martin, Free Fall, and The Inheritors and a play, The Brass Butterfly, which led to his being awarded the Nobel Prize for Literature in 1983.

Lois Lowry is the two-time Newbery Award–winning author of Number the Stars,The Giver Quartet, and numerous other books for young adults.

Jennifer Buehler is an associate professor of educational studies at Saint Louis University and President of The Assembly on Literature for Adolescents of the National Council of Teachers of English. 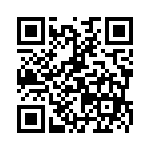