Gilles Deleuze (1925-1995) was professor of philosophy at the University of Paris, Vincennes-St. Denis. He wrote several seminal philosophical works, including Difference and Repetition, and, with Félix Guattari, Anti-Oedipus, A Thousand Plateaus, and What Is Philosophy?Michael Hardt is professor of literature and romance studies at Duke University. He is the author of Gilles Deleuze: An Apprenticeship in Philosophy and the coauthor (with Antonio Negri) of Empire and Multitude.Hugh Tomlinson is also the translator of other works by Deleuze, including Bergonism and Cinema 2: The Time Image. 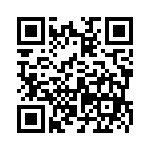