ROME'S REVOLUTION: Death of the Republic and Birth of the Empire

Richard Alston is Professor of Roman History at Royal Holloway, University of London, and the author or editor of over a dozen books on ancient Rome. 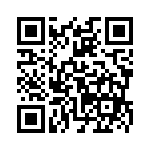