Victor Taki has a PhD from Central European University. He has taught at the University of Alberta, Dalhousie University, The King's University, and Concordia University of Edmonton. His first book Tsar and Sultan: Russian Encounters with the Ottoman Empire was published by IB Tauris. His research interests include Imperial Russia's Balkan entanglements and the intellectual history of the eighteenth and the nineteenth century. 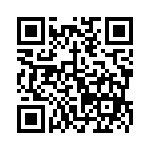