A brief introduction to camouflage. This book touches on some general history of camo as well as camouflage from different regions around the world. Might have been easier to focus on one region or ... Läs hela recensionen

In 1996, Tim Newark wrote 'Brassey's Book of Camouflage'-the first book to tell the entire story of camouflage uniforms. It stuck a chord with the fashion industry and was a hit among design students, with Tim appearing on the BBC TV Clothes Show. He has continued his research into the history of camouflage and in 2007 he was the author of 'Camouflage' (Thames & Hudson), the book accompanying the Imperial War Museum exhibition, the first to show the entire history of camouflage from the First World War to its impact on contemporary fashion. 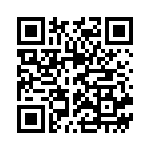