Dr. John B. Dunlop is a Senior Fellow at the Hoover Institution on War, Revolution and Peace and recently served as acting director of Stanford University's Center for Russian, East European and Eurasian Studies. 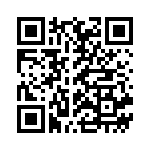