Ever wonder why people are not logical and rational like you? Well they are - and you aren't as rational and logical as you think. Open your mind to the implications of keeping your authoritarian father frame instead of a nurturing parent frame. Läs hela recensionen

I was drawn to this book mostly because I knew of the author’s reputation as a cognitive scientist and as someone who was known for spelling out how cognitive science overlaps with, and largely ... Läs hela recensionen

George Lakoff is the Richard and Rhoda Goldman Distinguished Professor of Cognitive Science and Linguistics at the University of California, Berkeley, where he has taught since 1972. He previously taught at Harvard and the University of Michigan. He graduated from MIT in 1962 (in mathematics and literature) and received his PhD in linguistics from Indiana University in 1966. He is the author of the New York Times bestseller Don't Think of an Elephant!, among other works, and is America's leading expert on the framing of political ideas. 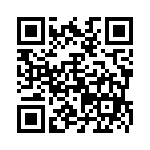