Sida 23 - ... the duty of erecting and maintaining certain public works and certain public institutions which it can never be for the interest of any individual or small number of individuals to erect and maintain, because the profit could never repay the expense to any individual or small number of individuals, though it may frequently do much more than repay it to a great society.
Visas i 420 böcker frĺn 1811-2008
Sida 21 - order" we shall throughout describe a state of affairs in which a multiplicity of elements of various kinds are so related to each other that we may learn from our acquaintance with some spatial or temporal part of the whole to form correct expectations concerning the rest, or at least expectations which have a good chance of proving correct.
Visas i 48 böcker frĺn 1977-2007 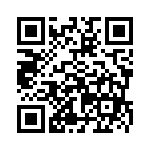