Keen's book, published in 2007, is a ranting polemic against Web 2.0 and the sad fact that there is no journalistic integrity anymore in an arena where anyone can say anything virtually without ... Läs hela recensionen

Poor Keen. Smart, but a long way from being wise, or even sensible. He cherry picks examples while praising the skills of balanced neutral research and reporting which can only, one surmises, be ... Läs hela recensionen

ANDREW KEEN is a Silicon Valley entrepreneur whose writings on culture, media, and technology have appeared inThe Weekly Standard,Fast Company,The San Francisco Chronicle,Listener, andJazziz. As the Founder, President and CEO of Audiocafe.com, he has been featured inEsquire,Industry Standard,and many other magazines and newspapers. He is the host of the acclaimed Internet showAfterTVand frequently appears on radio and television. He lives in Berkeley, California. 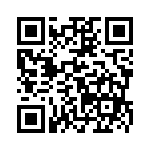