very interesting view of how society's powerful follow their own profiteering and controlling activities under the excuse of "you can't stop technology. some nice examples eg do artifacts have politics? Läs hela recensionen 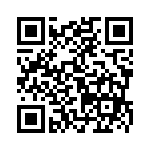