This was a superb and very readable historical and epidemiological overview of malaria, from the director of the Institute for the History of Medicine at Johns Hopkins. The author begins the book with ... Läs hela recensionen

Randall M. Packard is the William H. Welch Professor and director of the Institute of the History of Medicine at Johns Hopkins University. He is the author of White Plague, Black Labor: Tuberculosis and the Political Economy of Health and Disease in South Africa, A History of Global Health: Interventions into the Lives of Other Peoples, and coeditor of Emerging Illnesses and Society: Negotiating the Public Health Agenda, also published by Johns Hopkins. 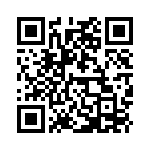