Sida vii
Cultivation of Cochineal.—Classic Ground. —Ciudad Vieja.-Its Foundation.—Visit
from Indians.—Departure from Ciudad Vieja.—First Sight of the Pacific.—
Alotenango.—Volcan del Fuega.-Escuintla.—Sunset Scene.—Masagua.-Port of
Istapa.
Sida 13
There was a steamboat for Yzabal, the port of Guatimala, lying at Balize; and, on
my way to the Government House, I called upon Seþor Comyano, the agent, who
told me that she was to go up the next day; - but added, with great courtesy, that,
...
Sida 32
... citizen of Louisiana whose criminal code was at that time introduced into
Guatimala; and it was supposed, so advantageous was its position, that it would
become the port of entry of Central America; but these expectations were not
realized.
Sida 35
... the earthen floor and the thatched roof, were more imposing than the pomp of
worship in the rich cathedrals of Europe or under the dome of St. Peter's. After
breakfast we inquired for a barber, and were referred to the collector of the port, ...
Sida 239
... of Carrera's troops, stripped of everything, confined two nights and a day
without food, and sentenced to be shot, but finally ordered to leave the country,
which they were then doing, destitute of everything, and begging their way to the
port.
Nðsta » 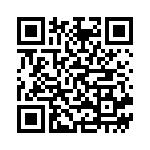