Sida 73
These personal relationships involved service to a lord in return for which a
vassal received lands ( fiefs ) in compensation . In the poem the terms seignor
and vassal ( and their derivatives vasselage and vasselement ) serve to identify
the two ...
Sida 74
on the lord ' s social rank . In the case of monarchs , part of an entire kingdom
could be held as a fief . When negotiating with Marsile as Charlemagne ' s envoy
, Ganelon promises that the French king would give Marsile half of Spain as a fief
...
Sida 75
The French nobles in Charles ' s army in Spain are carrying out their feudal
obligation of military service to their lord , though the ... In addition to requiring
military service , lords called on their vassals to consult with them — to advise
and ...

William W. Kibler was the Linward Shivers-Oil Centennial Professor of Medieval Studies in the Department of French and Italian at the University of Texas, Austin. He has worked extensively on Chrétien de Troyes, Guillaume de Merchaut, and the French chansons de geste. He recently completed an edition of he Lyon manuscript of the Song of Roland and has published editions of Lion de Bourges (with Jean-Louis Picherit and Thelma Fenster) and Huone de Bordeaux (with François Suard), as well as a translation of Raoul de Cambrai. He is the author of An Introduction to Old French.

Leslie Zarker Morgan is associate professor of modern languages and literatures at Loyola College. She has published an English translation of Ariosto's Cinque canti; edited The Foreign Language Classroom: Bridging Theory and Practice, with M. A. Haggstrom and J. A. Wieczorek; edited Dante: Summa Medioevalis, with Charles Franco; written articles on Franco-Italian texts; and edited the Geste Francor, which is forthcoming. 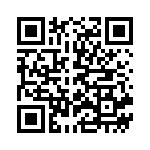