A compelling scenario. Well written & paced, with details at times that just slightly overwhelm. Whilst intriguing, there were some errors, like getting the date of the construction of Villa Winter ... Läs hela recensionen

A well-established author, filmmaker, and photographer, Simon Dunstan has written more than 50 books on military history, particularly on World War II and Vietnam. They include Fort Eben Emael: The Key to Hitler's Victory in the West (Osprey) and Centurion Universal Tank 1943-2003 (Osprey). He has also written and directed numerous military history documentaries for the History Channel. An international television journalist for 30 years, Gerrard Williams became duty editor at Reuters Television. He has also worked as foreign duty editor at the BBC, Sky News, and APTN. In 1983, he directed his first documentary, Strength to Cry, on the famine in Sudan; it received international critical acclaim and was broadcast in 30 countries. 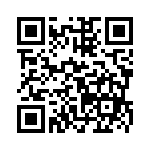