Sida 97
... spread occurrence of Brahmi inscriptions in both the regions clearly suggests
that literate societies date from at least the 3rd century B . C . These two regions
used a common script namely Brahmi , with some special characters to suit each
...
Sida 129
The first colleges , namely the Presidency College , Calcutta and the Presidency
College , Madras were established in 1817 , and the Deccan College , Poona in
1821 . The first universities , namely those of Bombay , Calcutta and Madras ...
Sida 131
It also describes the major geographical units , namely the Himalayas and their
constituent parts , the vast Indus - Ganga - Brahmaputra alluvial plain , the hilly ,
rocky and forested region of peninsular India , and the hills of the Eastern and ... 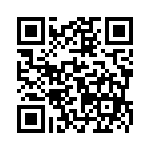