William Hazlitt (10 April 1778 - 18 September 1830) was an English writer remembered for his humanistic essays and literary criticism. Hazlitt was a prominent English literary critic, grammarian and philosopher. He is considered one of the greatest critics and essayists in English, placed in the same company as Samuel Johnson and George Orwell, but his work is currently little-read. 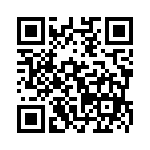