IRA SHARKANSKY is Professor of Political Science and Public Administration at the Hebrew University of Jerusalem. Earlier he taught at the University of Wisconsin-Madison. He has published articles and books on policy making, public administration, politics and religion, American and Israeli politics, including most recently, Policymaking in Israel and Rituals of Conflict. 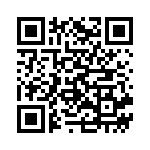