Sida 68
The dates 4540 B.C. and 4330 B.C., however, appear to be too early, and 650
B.C. and 390A.D. are obviously too late. A sterile layer, No. 5, of about one metre
thickness, separates the Chalcolithic and Early Historic deposits and denotes a ...
Sida 99
Most of the early evidence for glass has been found in the form of beads. In India,
glass beads are reported from more than 40 archaeological sites belonging
almost solely to the early Iron Age period, with the exception of four beads from ...
Sida 136
H.D. Sankalia Young Archaeologist Award Shri Abhijit Majumdar, Research
Scholar of the Department of Ancient History and Archaeology, M.S. University of
Baroda, Vadodara, presented his paper, entitled Emergence of Early Harappans
in ... 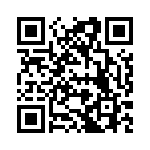