Sida 7
By “ The species known to occur in the limestone bands the late Mr. Alexander Pennecuik , Gent . and others . of the middle or Ilfracombe group , stretching from Wid . Edinburgh : Printed for J. Wood , Bookseller , 1769.
Sida 302
Fuller manages , in a way quite his own , to attest “ Your Petitioner Thomas Fuller , late of ye Sauoy in his loyalty to the fallen monarchy , which , in the London , & since attendant in Exeter on 1.0 . Princess person of the King ...
Sida 380
... Professor of Ecclesiastical History in the University of Munich , Provost of the Chapel - Royal , & c . Authorized Translation , with Preface by HENRY NUTCOMBE OXENHAM , M.A. , late Scholar of Balliol College , Oxford . Crown 8vo . 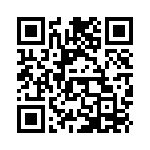