Sida 23
Among other things , the mayors of 35 foreign cities , including Leningrad , Paris , New York , London , Budapest and Osaka , Japan , have been invited to attend the festivities . What they will see is a progressive and prosperous city ...
Sida 18
There were nine acquisitions of Swedish companies from abroad , down from 17 the previous year , and also nine acquisitions of foreign companies by Swedes , down from 43 in 1969 . to be almost non - existent in Sweden .
Sida 6
Foreign Minister Wickman . Cabinet shuffle Like many an old - guard socialist who started as a la borer and ended up in the labor government , Torsten Nilsson , 66 , started as a bricklayer and ended up as Foreign Minister . 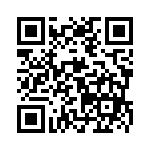