Sida 420
Now that he , whose person is characterized in this language , is not a mere creature , is plain , because the apostle distinguishes him from all creatures , even from the most exalted - from angels , and that m four respects : First ...
Sida 421
Not so the Son ; he being the Word of the Father , begotten of him before any creature , “ the brightness of the everlasting Light , the unspotted mirror of the power of God , and the image of his goodness , " see Wisdom vii , 26 , is ...
Sida 489
... Preserver , and Lord of all , he now appeared in the form of a creature ; yea , of a mere and mortal creature , -a creature compassed about with infirmity , liable to pain and misery , and subject to dissolution and decay ! 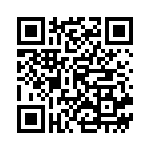