Sida 7
... many of them of a productive character such as land improvement , forestry , work , ditching , timber - fluming etc. , though others were of a more routine character , such as street widening , road building and road improvement .
Sida 8
The Capital Budget , normally financed by loans , looks after the development expenditure much of which is devoted to the creation or improvement of public utilities , e.g. hydroelectric power stations , railway electrification ...
Sida 16
This improvement was due to an arrangement whereunder a limited number of ships , known as safe conduct " vessels , was allowed , by the belligerent powers on both sides , to pass through the blockade . This trade was stopped by the ... 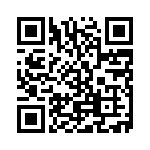