Sida 66 - Elie, half-pay Hulin rage in the midst of thousands. How the great Bastille Clock ticks (inaudible) in its Inner Court there, at its ease, hour after hour; as if nothing special, for it or the world, were passing! It tolled One when the firing began; and is now pointing towards Five, and still the firing slakes not. — Far down, in their vaults, the seven Prisoners hear muffled din as of earthquakes; their Turnkeys answer vaguely.
Visas i 83 böcker frĺn 1817-2008
Sida 203 - I hold this slow and daily tampering with the mysteries of the brain, to be immeasurably worse than any torture of the body : and because its ghastly signs and tokens are not so palpable to the eye and sense of touch as scars upon the flesh ; because its wounds are not upon the surface, and it extorts few cries that human ears can hear ; therefore 1 the more denounce it, as a secret punishment which slumbering humanity is not roused up to stay.
Visas i 90 böcker frĺn 1841-2008
Mer
Sida 66 - Dove towards such an Ark! Deftly, thou shifty Usher: one man already fell; and lies smashed, far down there, against the masonry! Usher Maillard falls not: deftly, unerring he walks, with outspread palm. The Swiss holds a paper through his porthole; the shifty Usher snatches it, and returns. Terms of surrender: Pardon, immunity to all! Are they accepted? — "Foi d'officier, On the word of an officer," answers half-pay Hulin, — or half-pay Elie, for men do not agree on it, "they are!
Visas i 95 böcker frĺn 1817-2007
Sida 175 - ... kept attentive to their rights and their duties; that the acts of the legislative and executive powers of Government, being capable of being every moment compared with the end of political institutions, may be more respected; and also, that the future claims of the citizens, being directed by simple and incontestable principles, may always tend to the maintenance of the Constitution, and the general happiness.
Visas i 73 böcker frĺn 1804-2008
Sida 179 - No title of nobility shall be granted by the United States, and no person holding any office of profit or trust under them, shall, without the consent of congress, accept of any present, emolument, office, or title of any kind whatever, from any king, prince or foreign state.
Visas i 316 böcker frĺn 1804-2007
Sida 105 - ... stalks like savages who twisted human necks. There were men who cast their lighted torches in the air, and suffered them to fall upon their heads and faces, blistering the skin with deep unseemly burns. There were men who rushed up to the fire, and paddled in it with their hands as if in water ; and others who were restrained by force from plunging in to gratify their deadly longing.
Visas i 56 böcker frĺn 1841-2005
Sida 63 - Patriotism rushes in, tumultuous, from grunsel up to ridge-tile, through all rooms and passages; rummaging distractedly for arms. What cellar, or what cranny can escape it? The arms are found; all safe there; lying packed in straw, — apparently with a view to being burnt ! More ravenous than famishing lions over dead prey, the multitude, with...
Visas i 44 böcker frĺn 1837-2004
Sida 64 - Thuriot; new deputation of citizens (it is the third, and noisiest of all) penetrates that way into the Outer Court : soft speeches producing no clearance of these, De Launay gives fire; pulls up his Drawbridge. A slight sputter; — which has kindled the too combustible chaos; made it a roaring firechaos...
Visas i 49 böcker frĺn 1817-2004
Sida 203 - In its intention, I am well convinced that it is kind, humane, and meant for reformation ; but I am persuaded that those who devised this system of Prison Discipline, and those benevolent gentlemen who carry it into execution, do not know what it is they are doing.
Visas i 57 böcker frĺn 1841-2008
Sida 65 - These wave their town-flag in the arched gateway; and stand, rolling their drum; but to no purpose. In such crack of doom, De Launay cannot hear them, dare not believe them; they return, with justified rage, the whew of lead still singing in their ears. What to do? The firemen are here, squirting with their fire-pumps on the invalides cannon to wet the touch holes; they unfortunately cannot squirt so high; but produce only clouds of spray.
Visas i 46 böcker frĺn 1817-2004
Mindre

GEORGE NEWLIN is the compiler and editor of the three-volume Everyone in Dickens (Greenwood Press, 1995) and of Every Thing in Dickens (Greenwood Press, 1996). He is now preparing a student casebook in the Literature in Context series on Great Expectations. His next major anthological work will be a multivolume series on Anthony Trollope. George Newlin has spent his professional career combining activities in law and finance with volunteer service in the arts and serious avocational musical performance. In 1988 he began developing his concept for a new kind of literary anthology, beginning with the works of Charles Dickens. 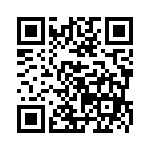