Sida 14
Deep inroads into Slavonic territory , like the attack on the Bohemians in 805 ,
however , remain exceptional . The Slavs appear in the RFA for the first time in
780 , but from then on Wilzi , Sorbs , Smeldingi , Linones , and especially the ...
Sida 65
... murder , and other atrocities might occur in his country should then fall upon
Tassilo and his supporters , and the Lord King Charles and the Franks would
remain innocent.4 When all this had been said , Tassilo's emissaries were
dismissed .
Sida 149
Who could fail to be amazed that a few men , strangers almost , had been able to
carry so many talents of gold and a countless number of gems over so many
stretches of land and remain unharmed while pillage threatened everywhere . 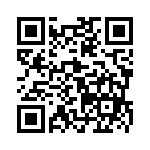