Joshua M. Epstein is a Senior Fellow in Economic Studies at the Brookings Institution, a founding member of the Brookings-Johns Hopkins Center on Social and Economic Dynamics, and a member of the External Faculty of the Santa Fe Institute. He is the coauthor of Growing Artificial Societies: Social Science from the Bottom Up and the author of Nonlinear Dynamics, Mathematical Biology, and Social Science. 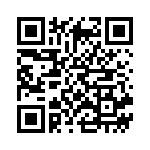