Boston-born Francis Parkman (1823-1893), whose most famous books are "The Oregon Trail" and "France and England in North America," was a renowned American historian and leading horticulturalist. He was briefly a Professor of Horticulture at Harvard University's Bussey Institution (his successor at Harvard was Charles Sprague Sargent, creator and head of the Arnold Arboretum for more than 50 years) and the President of the Massachusetts Horticultural Society. In the 1850s, he purchased land bordering Jamaica Pond for his summer home. Today, the Francis Parkman Memorial sits near the former site of the house, while Francis Parkman Drive runs through the former location of his rose garden.

John Fiske was born in Hartford, Connecticut on March 30, 1842. After graduating from Harvard Law School in 1865, he opened a law practice in Boston but soon turned to writing. His career as an author began in 1861, with an article on "Mr. Buckle's Fallacies," published in the National Quarterly Review. Since that time he had been a frequent contributor to American and British periodicals. Early in his career Fiske also achieved popularity as a lecturer on history and in his later life was occupied mostly with that field. In 1869 to 1871 he was University lecturer on philosophy at Harvard, in 1870 an instructor in history there, and in 1872 to 1879, assistant librarian. On resigning as librarian in 1879, he was elected as a member of the board of overseers, and at the end of the six year term, was reelected in 1885. Since 1881 he had lectured annually on American history at Washington University, St. Louis, Missouri, and since 1884 had held a professorship of American history there. He lectured on American history at University College, London, in 1879, and at the Royal institution of Great Britain in 1880. A large part of his life had been devoted to the study of history; but at an early age, inquiries into the nature of human evolution led him to carefully study the doctrine of evolution, and it was of this popularization of European evolutionary theory that the public first knew him. Fiske's historical writings include The Critical Period of American History, 1783-1789, The Beginnings of New England, The American Revolution, The Discovery of America, Old Virginia and Her Neighbors, Dutch and Quaker Colonies in America, The Mississippi Valley in the Civil War, and New France and New England. John Fiske died in 1901. 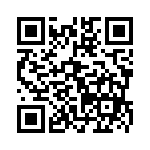