James Joyce (1882-1941) was an Irish author of novels, short stories and poems. Raised in Dublin, he was an outstanding student who became one of the most influential and revered authors of his era. Moving about Europe pursuing work as a teacher while raising a family did not deter him from producing groundbreaking works of fiction like the short story collection Dubliners and the celebrated novel Ulysses. Seen as one of the most important representatives of literary modernism, Joyce’s landmark work will never cease to fascinate, trouble and reward readers willing to enter his world. 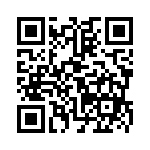