Sida 36
SIR SAMUEL EGERtoN BRydges was born at the manor-house of Wootton,
between Canterbury and Dover, on the 30th of ... In 1812, he published a series
of Essays, under the title of “The Ruminator:” Lord ByRoN, in one of his journals,
...
Sida 216
Rufus Wilmot Griswold. L O R D B Y R O N. LORD BY RON. GEORGE GoRDoN
ByRoN was born in London on the twenty-second of January, 1788. His father,
who was a man of dissolute habits, quitted England in the following year, and
soon ...
Sida 217
In January, 1815, Lord By RoN was married to a daughter of Sir RALPH
MILBANKE. The union, it is well known, was not productive ... Lord ByRoN was
libelled, persecuted, and driven from society. No man was ever more grievously
wronged. 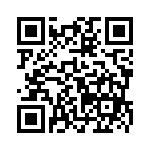