Dag Hammarskjold was born in Sweden in 1905 and died in Northern Rhodesia in a plane crash in 1961, while flying there to negotiate a cease-fire between United Nations and Katanga forces. Elected Secretary-General of the United Nations in 1953, serving until his death, he was known throughout the world as a peacemaker. He had studied law and economics, but was also widely read in philosophy and literature. His internal struggles remained a private matter between him and God until after his death, when this book of meditations was published, making him posthumously one of the twentieth century's most noted spiritual pilgrims. 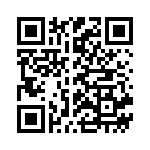