B. Netanyahu is Emeritus Professor of Judaic Studies at Cornell University. He is the author of The Origins of the Inquisition in Fifteenth Century Spain, of Don Isaac Abravanel: Statesman and Philosopher, and of Toward the Inquisition: Essays on Jewish and Converso History in Late Medieval Spain. 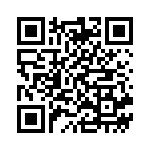