Steven Carter is the author of five books of literary and cultural criticism, including Bearing Across: Studies in Literature and Science (University Press of America, 2002). In 1989 he was awarded the Schachterle Prize by the National Society for Literature and Science. In 2001 he became the only two-time winner of Italy's coveted Nuove Lettere International Poetry and Literature Prize. A former Senior Fulbright Fellow at two Polish universities, Professor Carter teaches at California State University, Bakersfield. 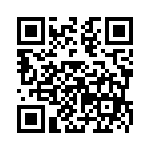