Sida 67
For those who believed in satire ( like John Brown for instance ) , Shaftesbury's main assertion , even though it could not be accepted without qualification , provided satire with a philosophical justification , a rationale - as ...
Sida 94
... time he speaks enthusiastically of cutting off Curll's ears , a commendable project and if anything unduly limited in scope , but admittedly not an edifying subject for discussion.22 Pope believed in setting a higher moral tone .
Sida 197
Dryden accepted the order of society and government as embodied in king , church , and parliament and , at the King's request , so it is believed , he wrote a satire in which the rebel is portrayed as Satan , the cosmic rebel , and the ... 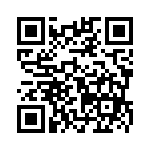