If you want to read about how a pompous, arrogant ass of a Frenchman viewed ‘the Great Experiement’ in Democracy, read this book. Otherwise, skip it. I had to read it in a government class as an ... Läs hela recensionen

Loved this! It was so interesting to read an outsiders perspective of America in between the American Revolution and Civil War. Läs hela recensionen

Democracy in America has had the singular honor of being even to this day the work that political commentators of every stripe refer to when they seek to draw large conclusions about the society of the USA. Alexis de Tocqueville, a young French aristocrat, came to the young nation to investigate the functioning of American democracy & the social, political & economic life of its citizens, publishing his observations in 1835 & 1840. 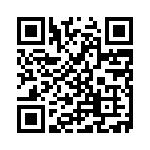