Sida 67
When we have the law of a phenomenon, we not only know absolutely the
conditions determining its existence, but we also have the relations applying to
all its variations, so that we can predict modifications of the phenomenon in any
given ...
Sida 74
When physicians, chemists or physiologists, by successive experimental
analyses, succeed in determining the irreducible element of a phenomenon in
the present state of their science, the scientific problem is simplified, but its nature
is not ...
Sida 81
Let us add that, when the relative determinism of a phenomenon is established,
our scientific goal is reached. Experimental analysis of the conditions of the
phenomenon, when pushed still further, gives us fresh information, but really
teaches ...

Born in France, in 1813, Claude Bernard was the founder of modern experimental physiology. At Lyon, he studied to become a playwright, but critics' rejection of his works ended his dramatic aspirations. After serving for several years as a pharmacist's assistant, he became a physician and an exceptionally astute biological scientist. Bernard's investigations in physiology were fruitful and broad in scope. In 1855 he was appointed full professor of medicine at the College de France. By that time he had already explained the chemical and nervous system control of digestion, demonstrated the role of the pancreas in fat metabolism, and discovered the role that bile plays in the digestion of proteins. In the years that followed, he identified the liver as the site of glycogenesis and explained the processes governing vasodilation. Bernard's most important theoretical contribution was proposing the concept of homeostasis, which he called the milieu interieur. Homeostasis is the principle that all of the body's systems are in a constant state of adjustment and that these adjustments maintain equilibrium within the body. Bernard was the first physiologist to demonstrate that the theories and methods of chemistry and physics could contribute to the study of biology. This first use of interdisciplinary techniques broadened the base of physiology and foreshadowed the form that future research in biology would take. Bernard died in 1878. 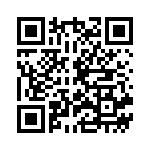