Sida 23
UNEMPLOYMENT appears to be less and less a phenomenon of the business cycle and is instead becoming an ... Just like the elephants and the logs , the second - rate employees consequently become both inconvenient and unprofitable .
Sida 6
And she gives a Dag Bergman , 59 , who becomes Consul in number of recipes for dishes like Bean Pancakes ... the seaweed the weekly Vecko - Journalen , around , threatens to become assumes the post of editora big little export item .
Sida 7
Eric Holmqvist , 56 , has become Minister of Ambassador Harald Edelstam . Defense , Svante Lundkvist , 54 , is now Minister of Agriculture , Ingvar Carlsson , 39 , heads the new Department of Housing , Ingemund Bengtsson , 54 , heads ... 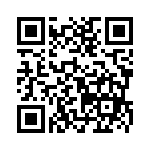