Sida 23 - Therefore I tell you, do not worry about your life, what you will eat or drink; or about your body, what you will wear. Is not life more important than food, and the body more important than clothes?
Visas i 544 böcker frĺn 1899-2008
Sida 85 - LoRD, LORD,' will enter the kingdom of heaven; but he who does the will of My Father who is in heaven. "Many will say to Me on that day, 'LoRD, LORD, did we not prophesy in Your name, and in Your name cast out demons, and in Your name perform many miracles?
Visas i 780 böcker frĺn 1803-2008
Mer
Sida 9 - The Spirit of the Lord is upon me, because he has anointed me to preach good news to the poor. He has sent me to proclaim release to the captives and recovering of sight to the blind, to set at liberty those who are oppressed, to proclaim the acceptable year of the Lord.
Visas i 858 böcker frĺn 1858-2008
Sida 10 - O Jerusalem, Jerusalem, you who kill the prophets and stone those sent to you, how often I have longed to gather your children together, as a hen gathers her chicks under her wings, but you were not willing.
Visas i 307 böcker frĺn 1971-2008
Sida 27 - And he made known to us the mystery of his will according to his good pleasure, which he purposed in Christ, to be put into effect when the times will have reached their fulfillment — to bring all things in heaven and on earth together under one head, even Christ.
Visas i 251 böcker frĺn 1802-2008
Sida 63 - For this is good and acceptable in the sight of God our Saviour; who will have all men to be saved, and to come unto the knowledge of the truth. For there is one God, and one mediator between God and men, the man Christ Jesus; who gave himself a ransom for all, to be testified in due time.
Visas i 529 böcker frĺn 1800-2008
Sida 28 - Sit at my right hand until I make your enemies a footstool for your feet.
Visas i 575 böcker frĺn 1808-2008
Mindre 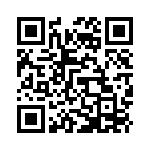