For many critics, James Joyce is the most important novelist of the twentieth century. He perfected the stream-of-consciousness monologue; emerged as the most inventive of the experimental novelists; was a polyglot who could pun in a dozen languages; and antagonized his friends because of his egoism, yet could write about characters unlike himself with great compassion. Joyce's life was filled with contrasts: He abandoned his home to become an artist and spent his life in exile writing about the city he had abandoned. He was thought of as a great writer by people who had read little of his work, for his books were banned in English-speaking countries. Though Ulysses (1922) was suppressed for its supposed obscenity, few books stress the virtues of family life as strongly. In Joyce's early works, the innovative techniques are always subtle, concealed beneath a plain, seemingly conventional story. In his later works, this is no longer true. The reader is immediately aware of the experimental techniques; the prose may seem strange or unusual; and very often the story is difficult or impossible to discern. Ulysses is such a work---a novel with many strata of meaning. On one level, the book tells of the need Stephen Daedalus has for a father, of Leopold Bloom's yearning for a son, and of how the two meet.. On another level, Stephen is Telemachus, Bloom is Odysseus, and their story is a modern "odyssey." But here, again, irony is important, for it is in the way that Bloom is not Odysseus, in his compassionate and extraordinary humanity, that his greatness and universality are revealed. Every chapter of Ulysses has its own technique, style, central symbols, colors---all ingeniously used to enhance the action. In a chapter in which the chief event is the birth of a child, the style delineates the birth and evolution of the English language. Joyce accomplishes this by parodying great English writers, moving forward chronologically from the earliest to the most recent. Ulysses is a very demanding book; but after the initial difficulties are surmounted, it yields many rewards. Ulysses was so inventive that it seemed to exhaust the possibilities for innovation in the English novel. Joyce, therefore, moved beyond English and wrote Finnegans Wake (1939) in a language of puns, allusions, and neologisms. It cannot be read like most novels, in a few sittings; a reader must come to it with a great store of patience, intelligence, and humor and perhaps also with a good supply of critical commentaries. Seven decades ago, Joyce's frankness seemed obscene to some, and he encountered difficulty in finding publishers for his works. Typesetters refused to work on his books; Ulysses was published in Paris because it was banned in Britain and the U. S. Americans who were eager to read it had to smuggle the book past customs inspectors until 1933, when, in a historic decision, Judge Woolsey declared that it was not obscene. Today, enthusiasm for Joyce continues to be strong. In 1967 the exciting film versions of Ulysses and of passages from Finnegans Wake played to eager audiences, as did the play Stephen D---an adaptation of A Portrait of the Artist and Stephen Hero (1944)---and the revival of The Coach with the Six Insides, Jean Erdman's award-winning dramatic dance interpretation of Finnegans Wake. The year 1967 was also notable for the discovery of "Giacomo Joyce," a poetic love story Joyce wrote for a young woman, his pupil in Trieste, with whom he became infatuated. Joyce spent most of his life away from his native Ireland---mostly in Trieste, Rome, and Paris, it being his belief that exile was necessary for his art. He and his family were visiting in Vichy when France fell in 1940; they took refuge in Zurich, where Joyce soon died, thus ending a lifetime of struggle against poverty, and obtuse and fearful publishers. 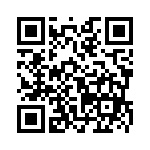