This book is a more readable summary of the main findings of the IPCC's 4th assessment report. It includes the authors' interpretation of the report and some history behind it. The authors do a fine ... Läs hela recensionen

David Archer is a professor of Geophysical Sciences at the University of Chicago. Dr Archer has published over 70 scientific papers on a wide range of topics on the carbon cycle and its relation to global climate. He teaches classes on global warming, environmental chemistry, and geochemistry. His previous books include Global Warming: Understanding the Forecast (2006, Wiley-Blackwell) and The Long Thaw: How Humans are Changing the Next 100,000 Years of Earth's Climate (2008, Princeton University Press). He is a regular contributor to the website realclimate.org.

Stefan Rahmstorf is professor of Physics of the Oceans, and head of department at Potsdam Institute for Climate Impact Research. Dr Rahmstorf is a member of the Academia Europaea and of the German Advisory Council on Global Change (WBGU).He is also one of the lead authors of the Fourth Assessment Report of the Intergovernmental Panel on Climate Change. In 2007 he became an Honorary Fellow of the University of Wales. He has published over 50 scientific papers (14 of which in Nature and Science) and co-authored two previous books: Der Klimawandel (2006, C.H. Beck) and Wie bedroht sind die Ozeane? (2007, Fischer), published in English as Our Threatened Oceans (2008, Haus publishing). He a co-founder and regular contributor to the website realclimate.org. 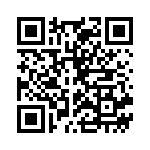