Sida 292
In the country then of Crim Tartary we conceive the Antichristian Prince will be
born , heir to that petty kingdom , and will succeed to it as Kan or King of Crim
and little Tartary . On another hand , we learn from Prince Cantemir , in his ...
Sida 441
Son of man , set thy face against Gog , the land of Magog , the chief Prince of
Mofoch and Thubal : . and Prophesy of him , v . 3 . And say to him : Thus faith the
Lord God : Behold I come against thee , O Gog , the chief prince of Mofoch and ...
Sida 502
But as every Prince , who undertakes to conquer to himself a new kingdom , muft
necessarily encounter many enemies and obstacles ; so here we see enemies
rise up against Christ , the Prince of the Christian kingdom , and oppose his ... 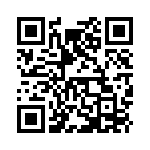